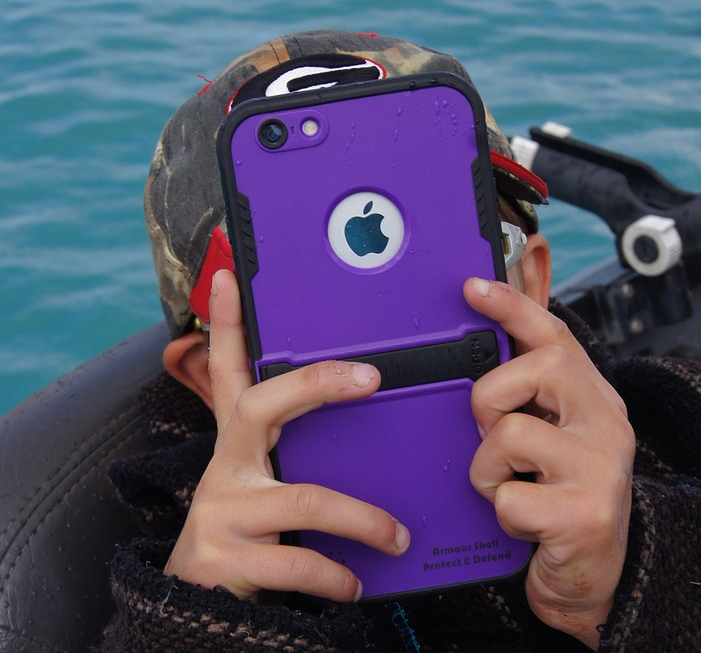 With espionage apps, parents always have their kids in their sights. Is this the total control mania? Or a new dimension of care?

Former Google boss Eric Schmidt wrote the dystopian sentence: „We know where you are. We know where you’ve been. We know more or less what you’re thinking about.“ But the threatening painting of Orwellian total surveillance is somewhat incomplete in that it assumes an ominous alliance of tech companies and secret services.

This is only part of the picture. The trick is that individuals are now performing this task personally, using technologies such as fitness tackers and tracking services to illuminate themselves and, increasingly, their environment.

For this purpose, there is now a whole range of apps that can be used to monitor children, relatives and life partners around the clock. Concerned helicopter parents, for example, can install the „KidGuard“ app on their children’s smartphone to track text messages, view browser history, or control contacts, social media posts, and locations.
Even deleted messages can be restored.

Even deleted messages can be restored by remote control. In a demo you can see how you can „monitor“ your children’s lives in real time: The most recent call logs of all contacts are displayed, the last calls with connection data, the last locations are recorded on a map. You can also view photos, SMS, Whatsapp, Facebook and Snapchat data.

With the button „Add Child“ a new control subject can easily be added. It’s as if children were just avatars walking on programmed paths in a simulation, whose only purpose in life is to send signals to their parents. On the website of „KidGuard“, whose guardian function already sounds in the name, there is a manual how to evaluate the text messages of children without their knowledge. „KidGuard’s“ mission is to „protect children online“. A good source for in-depth information about the topic is https://www.alertdino.com/.

The app „mSpy“, which is praised as „the ultimate monitoring software for parents“, works in a very similar way. Among other things, it can be used to manage calls, log text messages, retrieve e-mails and „supervise“ Internet use, whereby the educational term „supervision“ is almost a euphemism for abusive surveillance.

Who doesn’t want to be from yesterday, has to supervise his children in real time?

The work is carried out discreetly in a „background mode“, they say. A certain „Eduard from Uk“ praises: „My son sticks to his smartphone around the clock. I’d like to know that there’s nothing wrong with being skewed. With ‚mSpy‘ I’m always up to date on what he’s up to in the colourful smartphone world.“ And Elijah from Canada ads: „A good choice for all parents who are not of yesterday.“ Those who don’t want to be yesterday, according to the tenor, monitor the children in real time.

With „Spyzie“ there is a further „parental control solution“, with which one knows at any time, by means of technologies such as GPS and geofencing, what the offspring is doing at the moment: App usage, calendar activities, messages, call logs, installed apps, notes and reminders, Internet usage, all this can be controlled and tracked in real time. Even voice recordings can be listened to.

Surely it may be reassuring for parents to know where their children are and whether they may be hanging around with shady characters. But where surveillance becomes ubiquitous, parental care leads to a nanny-like hyper control, in which glass teenagers are robbed of their privacy and are certainly no longer able to develop individuality. Also read this article about parental influence on their children: https://www.ncbi.nlm.nih.gov/pmc/articles/PMC4104716/

Trust is good – Control is better

Not only parents monitor their children. Life partners and colleagues also spy on each other. The app „HelloSpy“ allows suspicious spouses to spy after their spouses. If the app is installed on the partner’s device, you have access to location and telecommunication data and can see where the person is at the moment.

According to the motto: trust is good, control is better. Is the man really on a business trip, as he trustfully said? Or is he meeting with a lover? The HelloSpy website quotes a named manager who leads a team of twenty employees. He suspected one of his employees of communicating company secrets to the outside world. He then installed the app on all company cell phones, identified the mole and fired it.