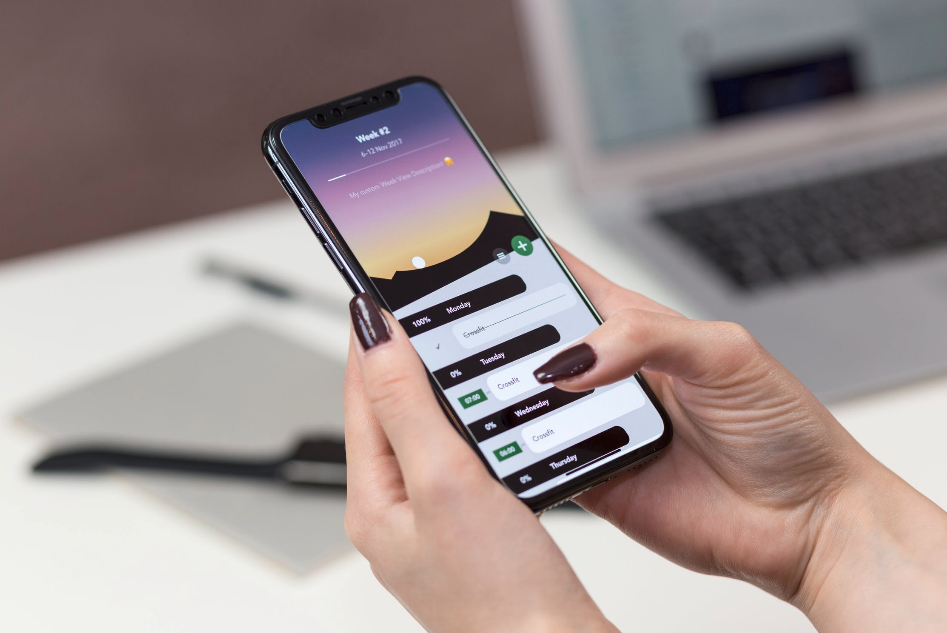 Online banking via smartphone – Banking apps – how secure are they?

Annoying queues at the bank counter are passé – today there are banking apps. But how secure are they, what can they do?

Query account balance, transfer money, set up standing orders: Online banking is popular. More and more German citizens are doing their banking transactions via the Internet – most of them on their PCs. According to surveys, only a minority of Germans use a smartphone for this purpose. Many users apparently have reservations about the security of money transactions with smartphones.

Not All Smartphones Are Secure

App banking is just supposed to be as secure as online banking on the computer. „The apps establish a secure connection with the bank server, just like online banking on the PC,“ explain the product testers, who examined 38 banking apps for the magazine „Finanztest“. It is important that the user only obtains his app from the official download shops and always keeps his operating system up to date.

The situation is different for owners of older Android smartphones. While Apple regularly provides older iPhones with updates, the manufacturers of Android smartphones often only deliver security updates for the latest models. Many older devices therefore run insecure versions of the Android operating system. We therefore recommend not using smartphones whose operating systems are no longer updated. You can find out whether your smartphone is still being updated from the manufacturer or by doing a network search.

When banking with your phone it’s recommended to use a good vpn at any time. Read more on that here. Another important hint is to always use strong passwords when you login to your banking services.

„For our comparison, we have tested the apps of the major banks, but also of third-party providers,“ says the Stiftung Warentest report. In addition to the handling of the apps, we tested, for example, how well sales queries and transfers work. Data protection and general terms and conditions of the app manufacturers were also put to the test. In addition, it was examined whether the apps have functions that, such as photo transfer, can facilitate the handling of banking transactions.

For photo transfers, the invoice is photographed with the smartphone. The photo is sent to a server, where an algorithm reads out the invoice data and sends it back to the app. The data is then automatically entered in the transfer form. More than half of the tested apps offer their users convenient photo transfer, including the test winner, the savings banks‘ banking app.

Six apps also give users the ability to import invoices received by email in PDF format. Photo transfer and PDF import save the user from having to enter the IBAN, recipient, amount and intended use incorrectly. The photo transfer is free of charge for all banking apps. Only the „Star Money“ app has this function as part of a subscription with costs.

Sometimes you don’t know if you have already paid an invoice. A user-friendly app should therefore make it easier for the user to filter and search his transactions according to certain criteria. With the exception of the HypoVereinsbank and ING-Diba apps, all banking apps offer such filtering options. The experts from Stiftung Warentest also assess the apps‘ ability to send push messages, SMS or e-mail to inform customers of new sales as positive. This makes it easier for bank customers to maintain an overview.

Half of the apps notify the user of unintentional double transfers – a useful function, for example, in the event that it is not certain whether a transfer has been successfully sent due to reception problems. Such a function is missing in Postbank’s apps. Also the photo transfer and the import of invoices are searched in vain here. Together with the Targobank „Mobile Banking“ app, the „Postbank Finanzassistent“ takes last place in the Stiftung Warentest ranking.

Twelve of the 38 apps completed the test with „good“, four with „sufficient“. The others got a „satisfactory“. No app was rated „unsatisfactory“, but neither was it rated „very good“. The test winner „Sparkassen-App“ scored just as well on Android devices as on iPhones. According to Stiftung Warentest, the apps „Banking 4“, „Finanzblick“ and „Outbank“ were also convincing on both operating systems.

Stiftung Warentest has not tested banking apps for the first time. Compared to the 2015 test, it is noticeable that more and more apps are multi-bank capable. This means that most apps can integrate and manage accounts from different banks. For example, you don’t have to be a savings bank customer to use the „savings bank app“. However, functions such as the import of invoices in PDF format must then be dispensed with.

Here is some further literature on the topic that might be useful for you if you are a virtual banking user:

The most promising virtual banks at the moment:
https://www.goodbyebanks.com/best-virtual-banks/

More on how safe mobile banking is:
https://www.money.co.uk/current-accounts/is-banking-on-your-smart-phone-safe.htm

Mobile banking compared to banking in the browser:
https://www.theguardian.com/technology/askjack/2017/jun/22/is-it-safer-to-use-an-app-or-a-browser-for-banking